There are currently delays to our customer services response times ››

Due to a significant recent increase in registrations and orders, we are currently experiencing considerable delays to our Customer Services response times, and our ability to handle large call volumes. We apologise for any inconvenience this may cause, but please rest assured that if you have contacted us, a member of our team will be in touch with you as soon as possible.

It’s not uncommon to hear of young adults making a withdrawal from the ‘Bank of Mum and Dad’, but did you know that for some people those roles are reversed? Our latest study shows that almost half of UK adults have lent money to their parents at least once.

Here are the key findings from our research of the mythical ‘Bank of Son and Daughter’: 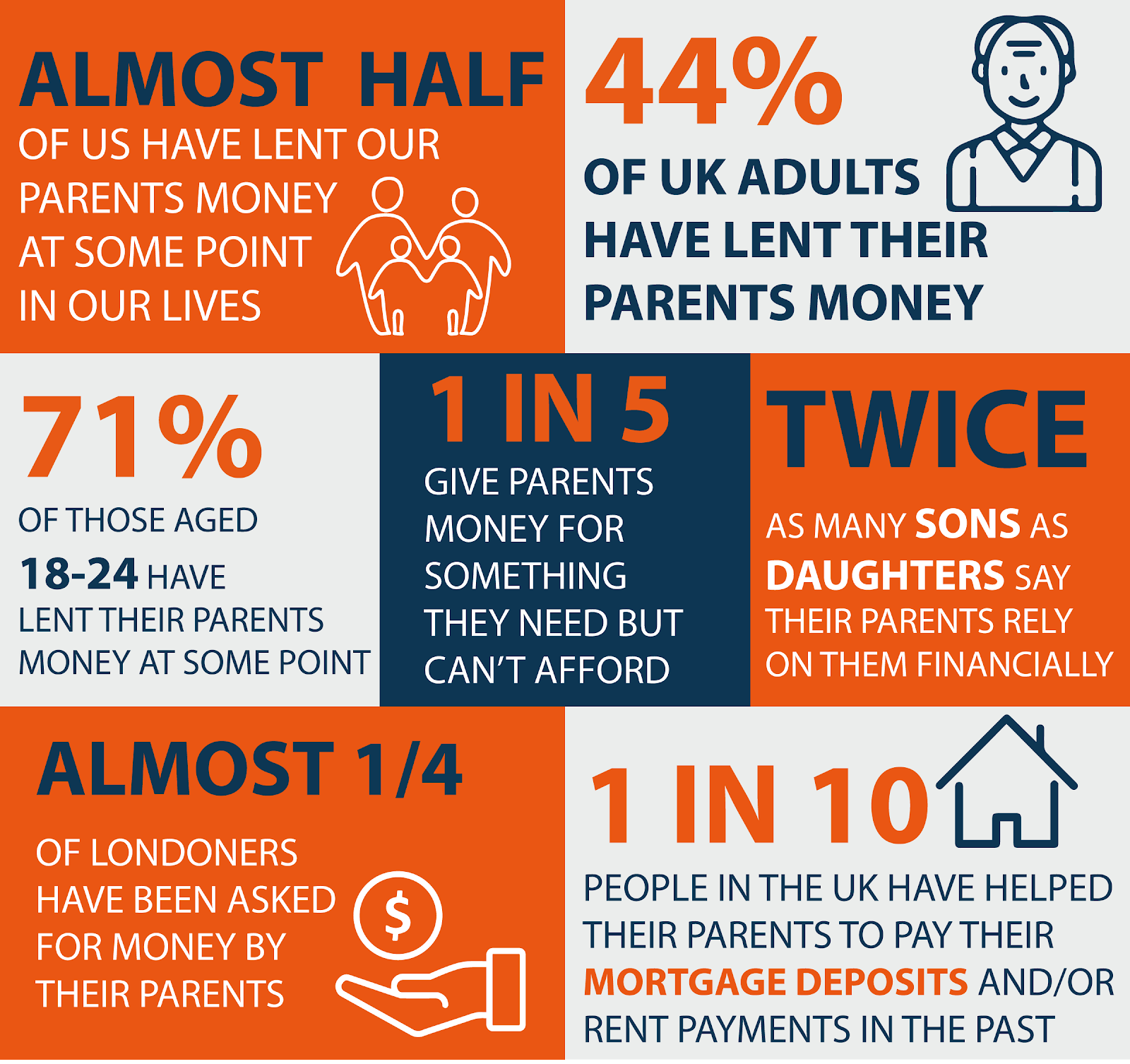 Who’s best at helping Mum and Dad; Son or Daughter?

It might surprise you to discover that there’s quite a difference between men and women that financially support their parents. We found that parents are more likely to ask their sons for money rather than their daughters, with twice as many men than women saying that their parents rely on them financially: 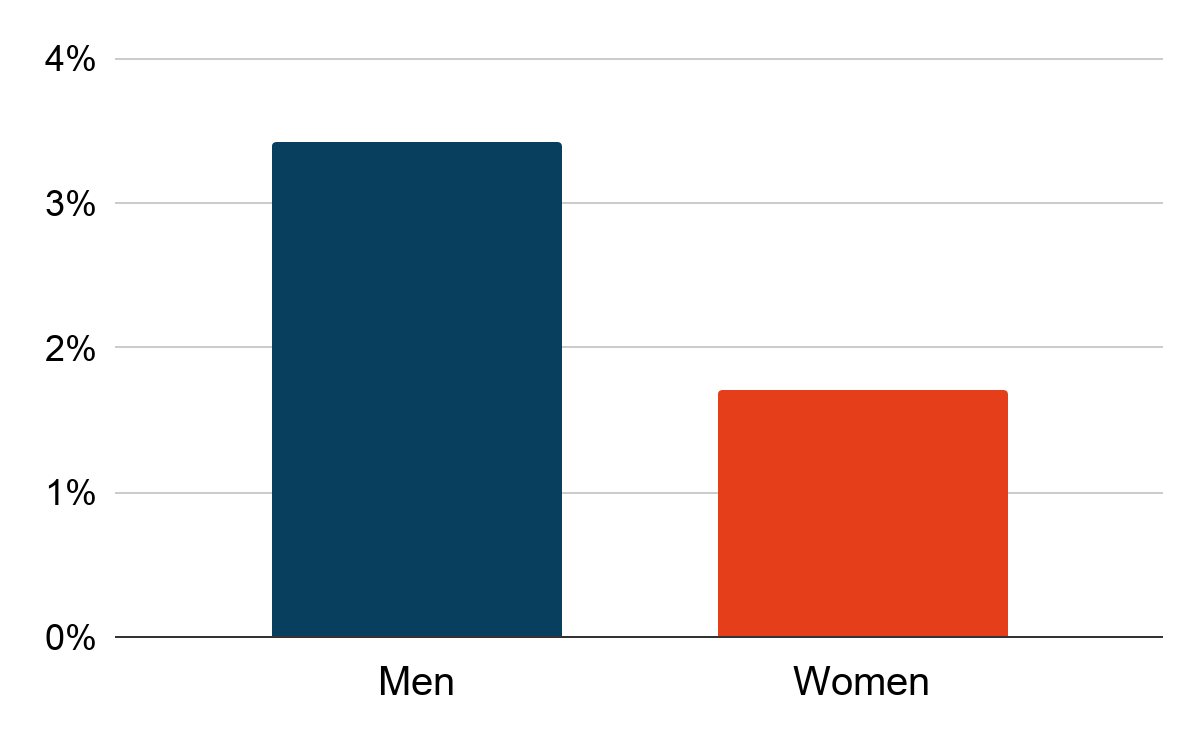 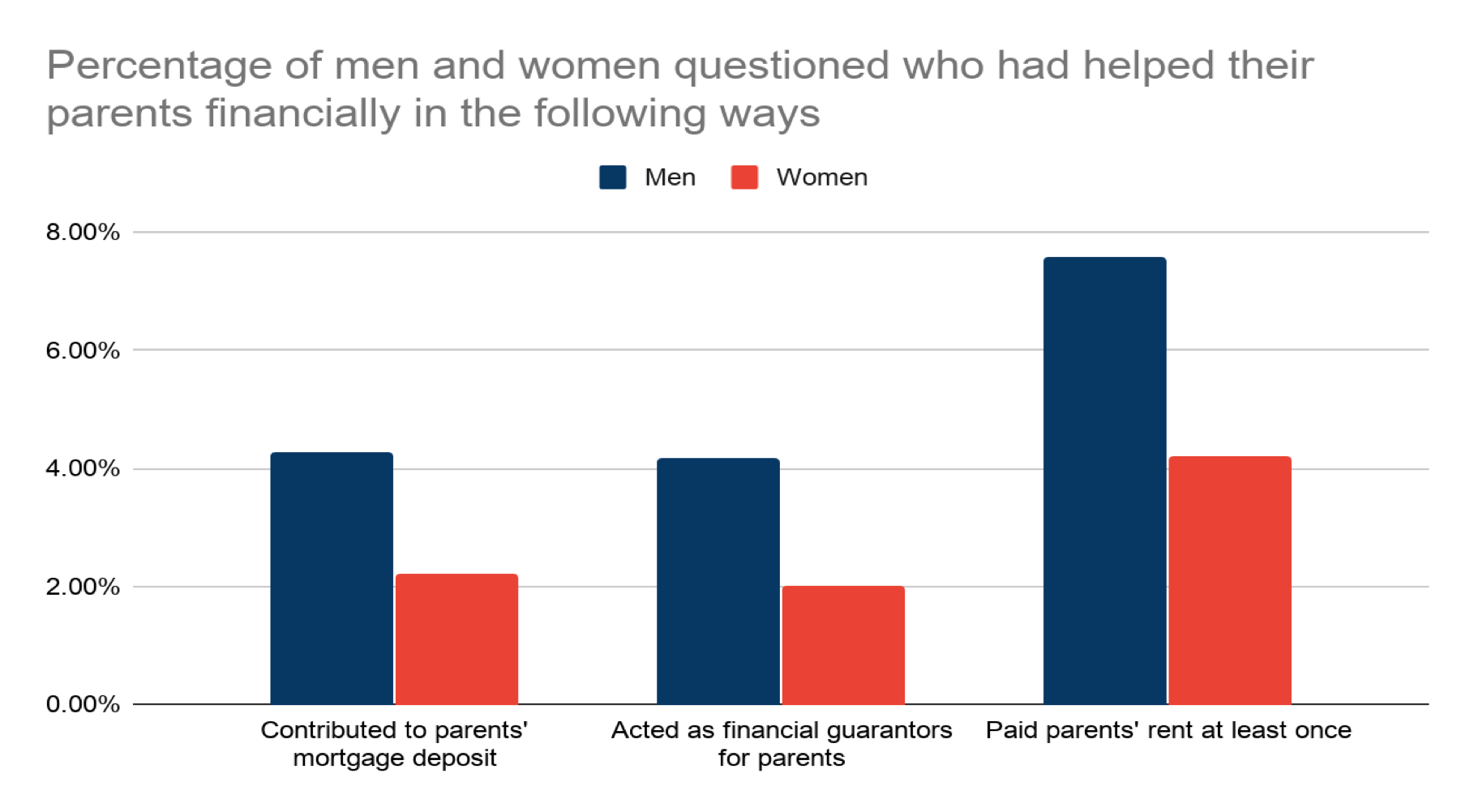 Which age group is more likely to lend money to their parents’?

As with the differences between men and women, our research highlighted a trend in the age of those helping their parents:

Where is the Bank of Son and Daughter?

Gender and age aren’t the only factors that affect the likelihood that children will lend their parents’ money; location plays a part too. 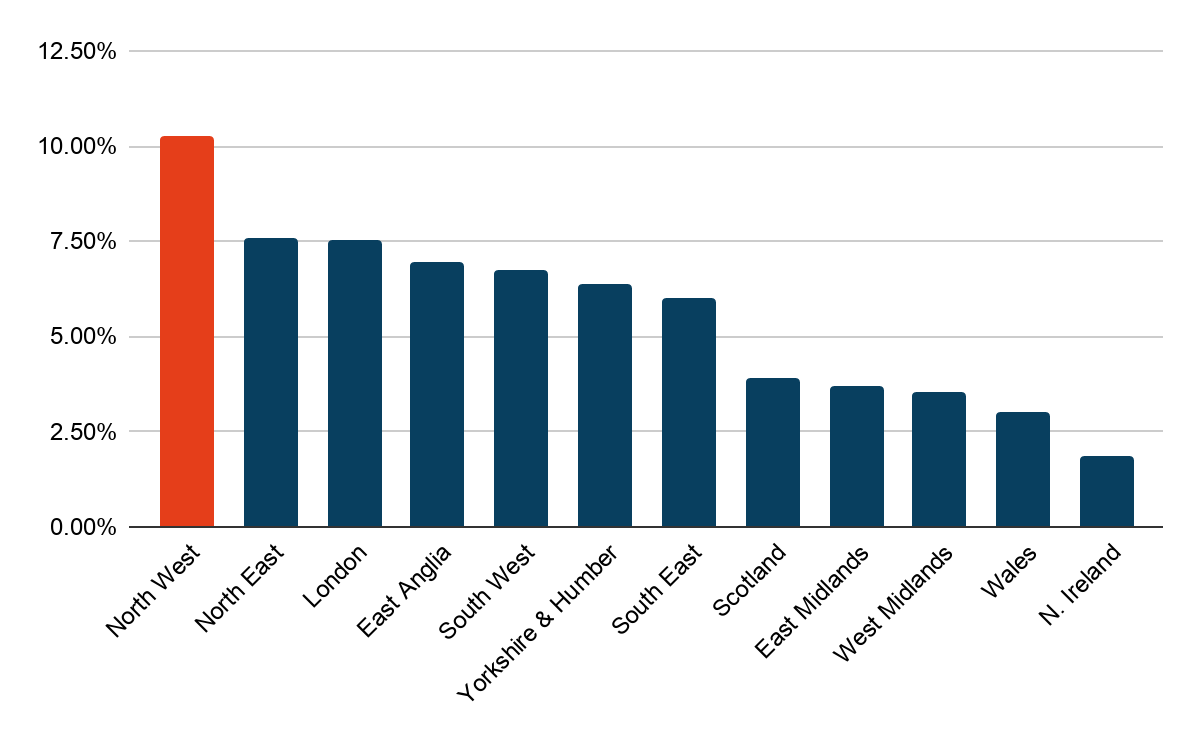 Our thoughts on the Bank of Mum and Dad

“We’ve known about the Bank of Mum and Dad for years now, but these new findings suggest that some parents rely far more on their children for financial support than we thought they did. You could view the outcome of our research as a positive sign that there’s a whole wave of younger financially savvy generations that have better access to the tools that enable them to be financially healthy.

“While it’s great to see that there are so many people in a position wherein they can help their parents with their finances, this research also highlights how important it is to keep financial planning in mind at all times, regardless of your age or life stage“.

Our research shows that the Bank of Son and Daughter is thriving, bringing a whole new perspective to the financial health of families’ across the UK.

Want to grow your savings quickly? These short term savings accounts could be the answer

Our marketplace is home to a choice of savings accounts to fit practically every savings need. If youR…

Women have faced an uphill battle for financial independence, equal pay and equal treatment for centuries…

How do Brits pay for a new car?

For many people, owning a car is a must-have for a number of reasons – we rely on our cars to get u…