Average savings in the UK

We all know we should be saving for a rainy day (or for retirement, a wedding, a new car, mortgage deposit or one of life’s other great expenses). But how many of us actually do save, what’s the average savings pot of the Great British public and are we retirement ready?

We spoke to British savers to find out the answers to these questions and more, but here are our key findings: 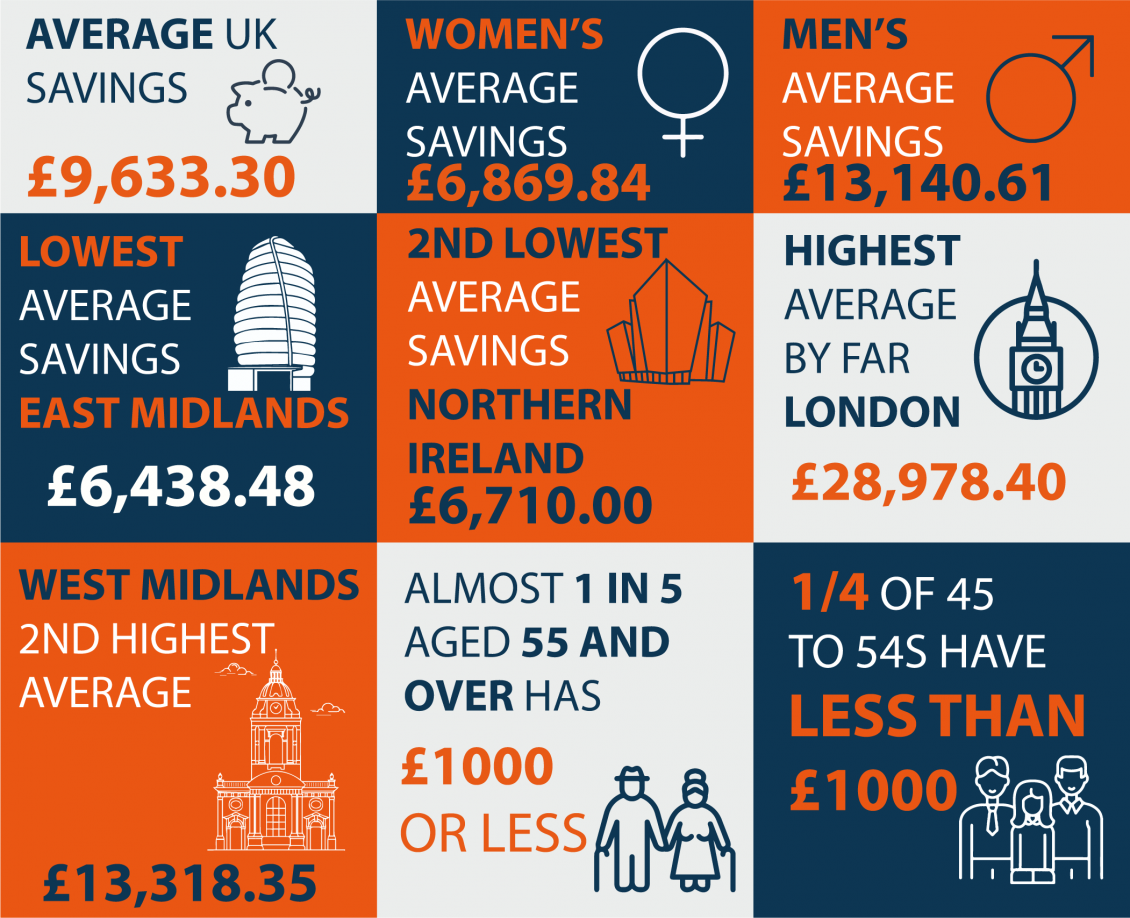 Savings statistics in the UK

We carried out research that started with one simple question:

“How much, to the nearest pound, do you have in your savings account(s) today?”

There’s no “one size fits all” when it comes to saving money, but our survey did highlight some interesting trends:

Who saves more; men or women?

Although the trends of savers depending on their age were less surprising (more on that later), it may come as a surprise that there’s a notable difference between how much men and women save. Looking at the middle 66% of people we surveyed, we can see a disparity between male and female savers: 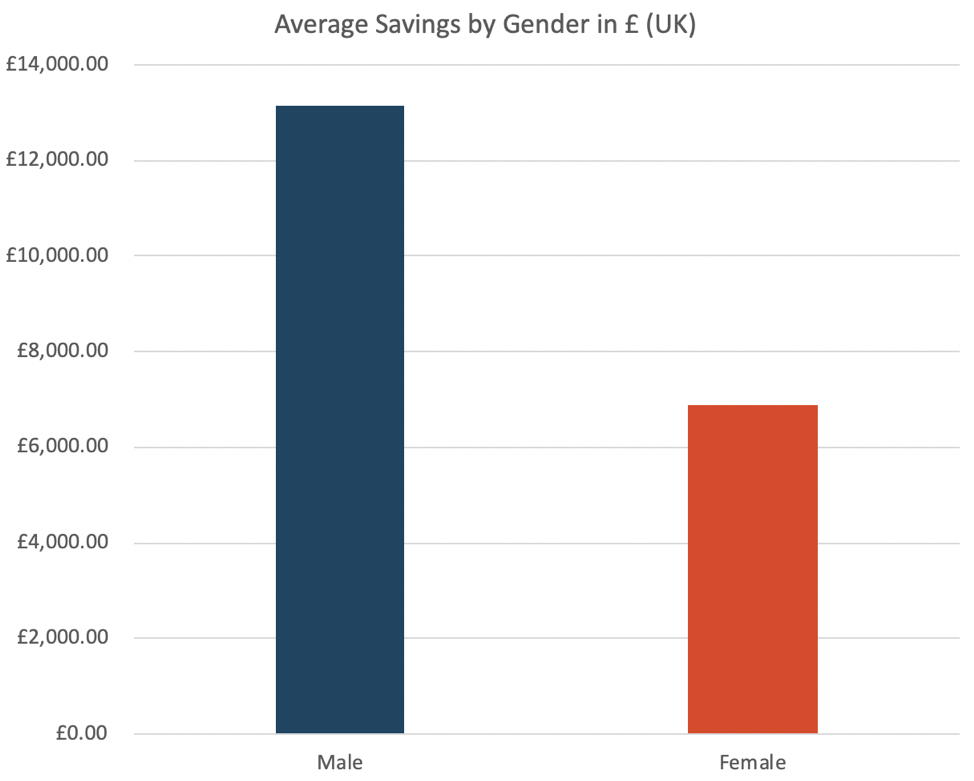 Although men appear to have more saved overall than women, our survey revealed that less than a quarter of men have £1,000 or less in savings, but over a third of women have the same amount. 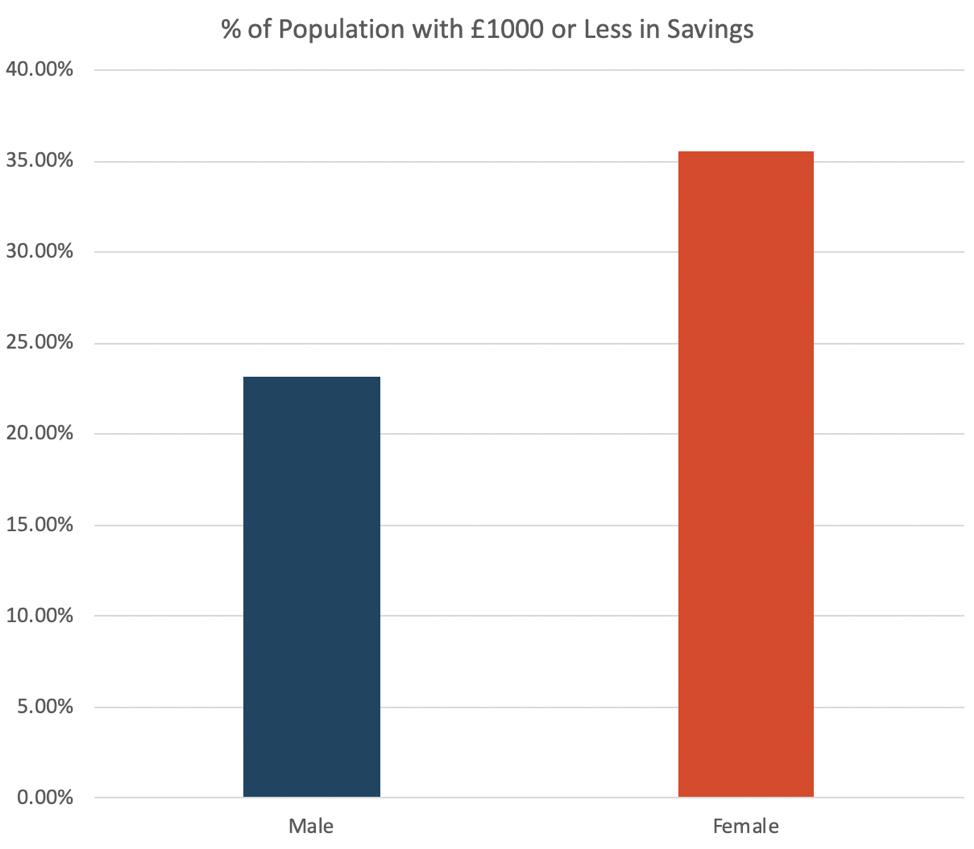 Which region of the UK saves the most?

Exploring where the best savers in the UK are from revealed some unexpected answers, but less surprising was where those with the most savings resided:

Here’s what we discovered: 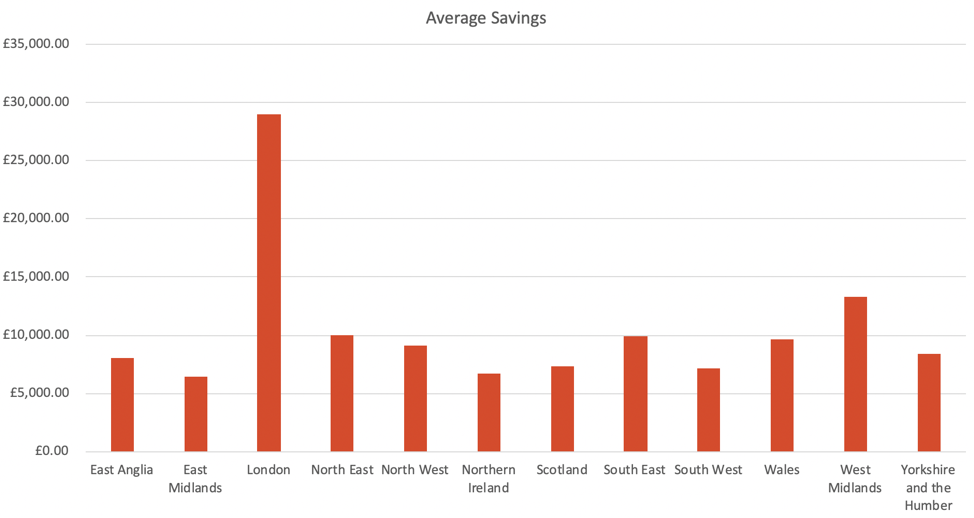 Which age group has the most savings?

As expected, older generations tend to have more savings than their younger counterparts:

Is the UK retirement ready?

Judging by our survey data on savings alone, it’s arguable that most of the UK public aged 55 or over is not financially ready for retirement.

Of course, this data doesn’t take into account other assets that may contribute to a persons retirement income, but it does show that a large proportion of those at or approaching retirement don’t have significant savings to fall back on.

Wherever you are in your savings journey, it’s always a good decision to begin saving. One option to consider is locking your money into a fixed rate savings account that offers a fixed rate of interest, so you won’t be impacted by fluctuating rates and your savings will continue to grow.

OnePoll conducted a survey on our behalf in December 2019 on a sample of 2,000 people. If you have any questions about our research, please send an email to media@raisin.co.uk.

Want to grow your savings quickly? These short term savings accounts could be the answer

Our marketplace is home to a choice of savings accounts to fit practically every savings need. If youR…

How to keep your savings safe

Kevin Mountford, co-founder of Raisin UK In an unpredictable world, it’s only natural to want to keep you…

It’s never a bad time to start growing your savings pot. Whether you’re starting from scratch or want to…