It’s the question everyone asks – is Mario actually a plumber, and if he is, how much does he earn given he never does his job? Well, we’re here to reveal all of gaming’s richest secrets, analysing how much our favourite characters would take home in salary if they were real-life workers.

Could Mario’s slacking see him take home a decent wage? Can the soldiers in Call of Duty add to their savings for risking their life? Is Sonic the Hedgehog eligible for a salary at all, given that he’s a hedgehog?

Sadly for fans of justice, it’s a video game baddie who earns the most. Handsome Jack, the President of Hyperion Corp in Borderlands, would earn an annual salary of £292,565 if he were real. Isn’t it always the case that the slightly suspicious technology magnate earns the big bucks?

As a super-powerful weapons manufacturer and self-proclaimed egomaniac, Jack has everything it takes to rise to the top of business. And if anyone tries to stop him, chances are they won’t survive. 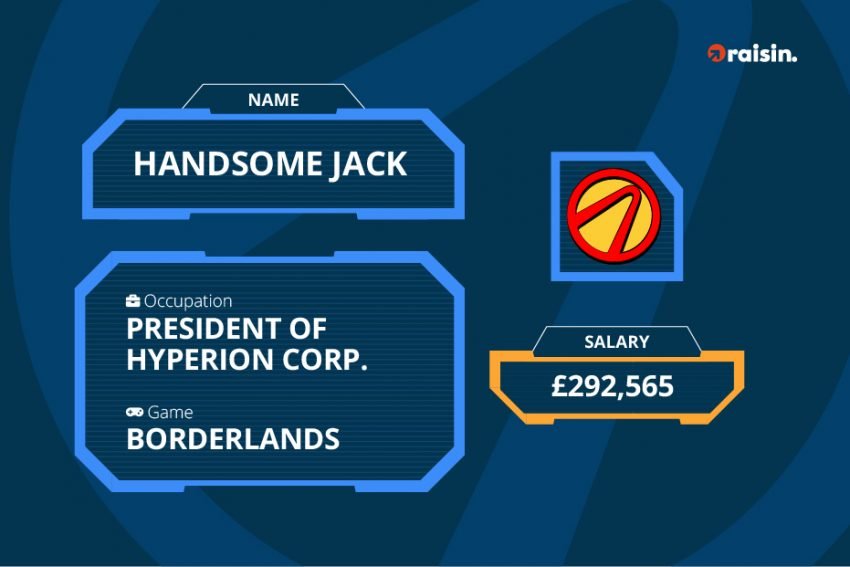 If you’ve ever played GTA 5, you’ll know that big money is the name of the game. Drive fast cars, kill your enemies, pick up the paycheque. But if you take criminal proceedings out of the equation, it’s Michael de Santa who earns the most. As a film producer (did you know?) he’d take home $110,464, more than enough to fund his lavish lifestyle without the risk of ending up wasted.

As a highly skilled CIA operative, former Marine Alex Mason has the skills to pay the bills. He contributes to his pension pot through very dangerous missions, secret hits and undercover activities that we couldn’t possibly reveal here.

Remember that next time you get blown up by your own in-game grenade – that’s a valuable man you’ve just lost.

Listen, if you choose to follow the way of the witcher, chances are you’re not doing it for the money. No, Geralt has bigger fish to fry, so he probably doesn’t mind that he only gets paid £17,040 a year. While an office job might pay more (and be a lot less dangerous), someone has to slay those deadly beasts. And with all those supernatural abilities, he’d be wasted behind a desk. 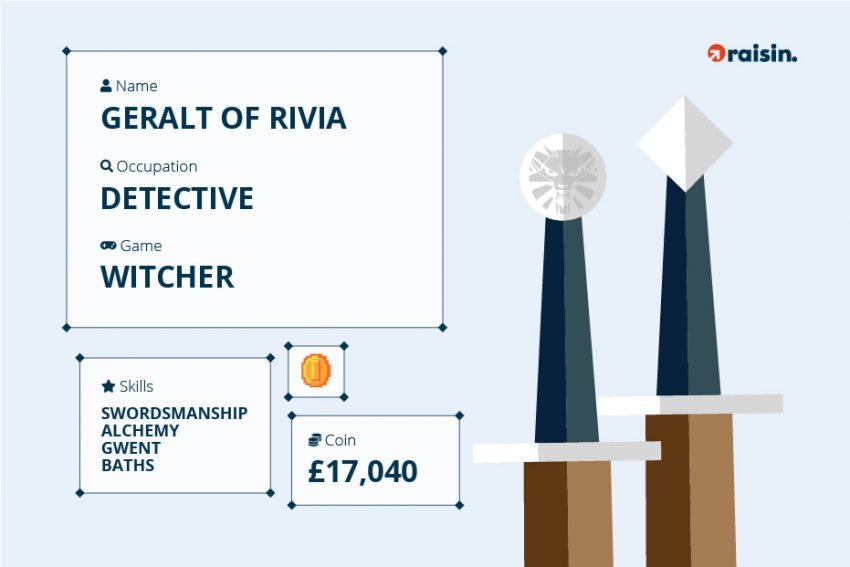 It’s easy to forget that Ash’s job is a zookeeper, what with the amount of time he spends in battles and tracking the rarest Pokemon. But ultimately, even if you want to be the very best, you’ve still got to put food on the table. Ash’s job would pay him around £18,658 a year – enough for a gym membership at the very least.

Desmond Miles would take home £19,918 for his bartending job

It’s a tough job being the descendant of a long line of master assassins, as Desmond Miles would surely tell you. To hide his true identity, he works behind the bar, a job that would earn him £19,918. He could have disguised himself as a super-rich entrepreneur, but each to their own. 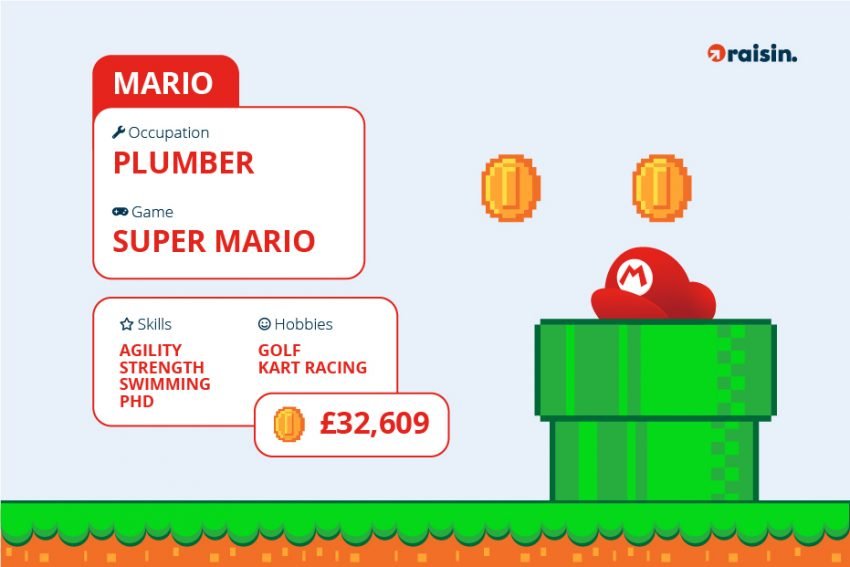 Some of gaming’s greatest names only make it to the midway point of our report, with the likes of Lara Croft, Mario and Crash Bandicoot all failing to climb the career ladder.

For Tomb Raider’s Lara Croft, it probably doesn’t matter. As the heir to her father’s billions, she does her job for fun more than money, with her annual salary of £41,956 just adding to her immense wealth.

Mario, on the other hand, could probably do with the extra cash. He wants to marry a princess, after all. His plumber’s salary of £32,609 would be enough for most, but with a castle to maintain he might need to start fixing more leaks and leave those mushrooms alone.

Crash Bandicoot was genetically engineered in order to defend Doctor Nitrus Brio’s base but escaped and instead aimed to defeat him. Life, eh? He’d earn £22,115 if he were real, but would surely leave any workplace in ruins. Stop spinning with the tea round, Crash!

Mortimer and Bella Goth’s lives go in very different, and mysterious, directions, but both would earn a sizeable sum were they to be real. In Mortimer’s job as a scientist, he’d earn £62,489 a year, while Bella would bring home £51,239 for her work as an intelligence researcher.

Another game where life is reimagined is Animal Crossing. While you build your island and catch bugs, there’s one character making sure everything runs smoothly. Tom Nook, the helpful neighbourhood racoon, is a creature of many skills. He runs the town store, helps you build properties, and is the local real estate agent. This would earn him a salary of £28,294. A fair price for someone so useful.

Want to make your salary work harder for you?

Whatever it is you earn, there are ways you can make the most of it. We can help you learn all you need to know about savings accounts, such as how much you should put away and what your interest rate will mean for your future. It’s never too early to start thinking about your retirement, too, and the more you save today, the more time you can spend playing games later. It only takes a few minutes to register for a Raisin UK Account.

Raisin UK looked into fifty of the most iconic video game characters, collating in-game information on their occupations to calculate approximate salaries, using salaryexpert.com. Only their stated occupation was taken into account from an appearance in their game franchise, and not potential net worth.

All currency conversions were correct as of Friday 23 April 2021.

How do Brits pay for a new car?

For many people, owning a car is a must-have for a number of reasons – we rely on our cars to get u…